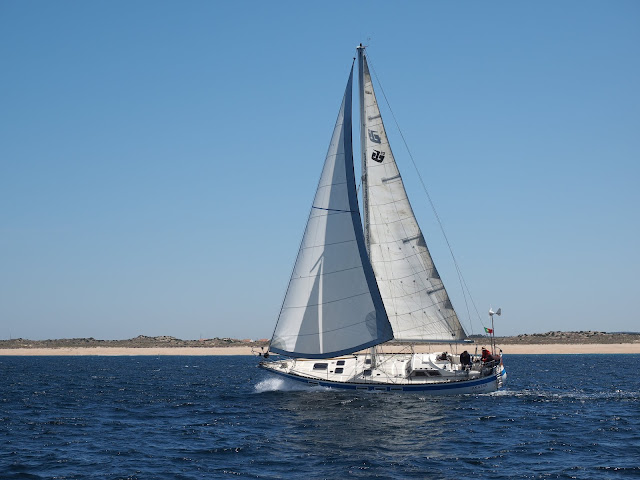 Jakatar won its last (2019) regatta in Peniche, in its last year in Peniche, just before sailing off to the Algarve, maybe forever!

If you can read Portuguese, you can read the Newspaper report about the regatta, or you can translate it on Google or, even better, you can skip it.

I won because I had painted the bottom weeks before and because I decided to be a racer instead of a cruiser for one day. This means that I actually concentrated on winning. A Rival 38 came second while the supposedly modern fast boats finished way behind. We had winds of 10 to 15 knots and the legs implied sailing in nearly all points of sail.

The photograph below shows Jakatar about to overtake two of the fastest boats participating.

Also note the ugly stripe, which I started to repaint between the haulout and the race, but only got as far as removing most of the oil-based paint with a heat gun and paint scraper. A real pain in the butt job that I performed with the boat in the water...meaning that I worked on my knees with head and arms hanging over the side. Then there was the sanding, taping and actual painting. Not to be repeated in any circumstances. 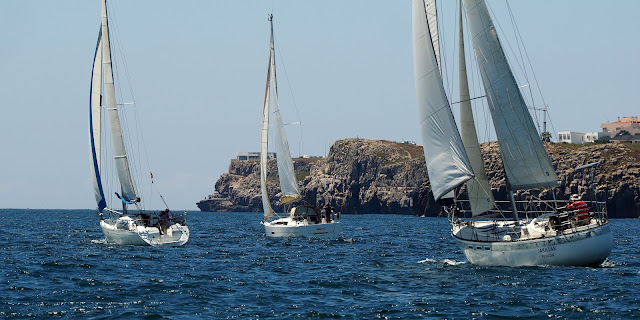 Before the bottom job: 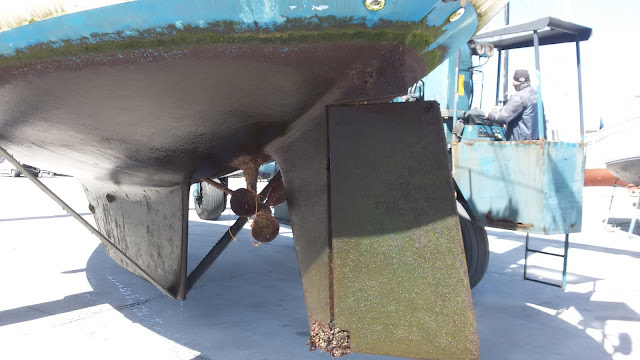 After, a slippery bottom perfect for winning races: 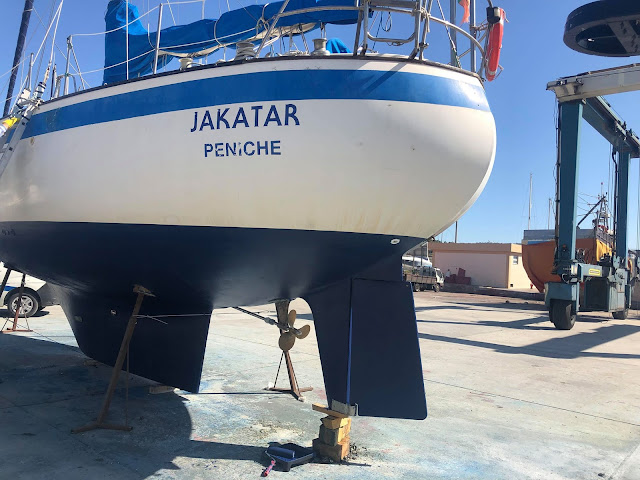 Coming up in the next post: Building a concrete mooring on site on the boat and launched from the boat.
Posted by Horatio at Saturday, August 24, 2019