I've been mute, deaf and dumb since April 19, but I'm still alive.

And I'm hoping to sail south next week, all the way to the anchorage in Culatra.

I offer you a photo-story of what's been going on. 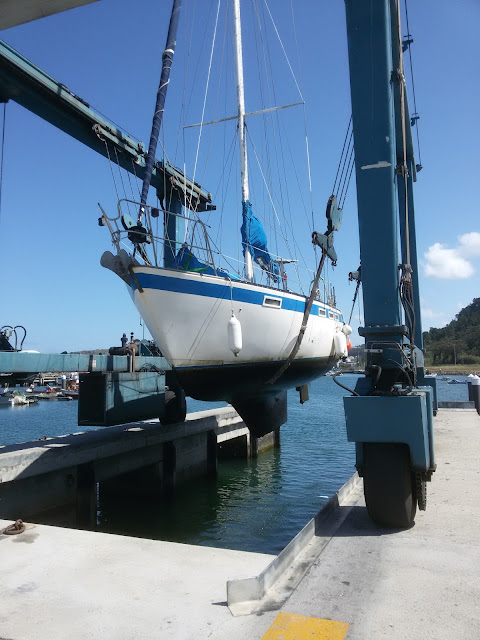 I sailed - wind, not engine - to Nazaré, spent the night at the marina and got hauled out the next morning. 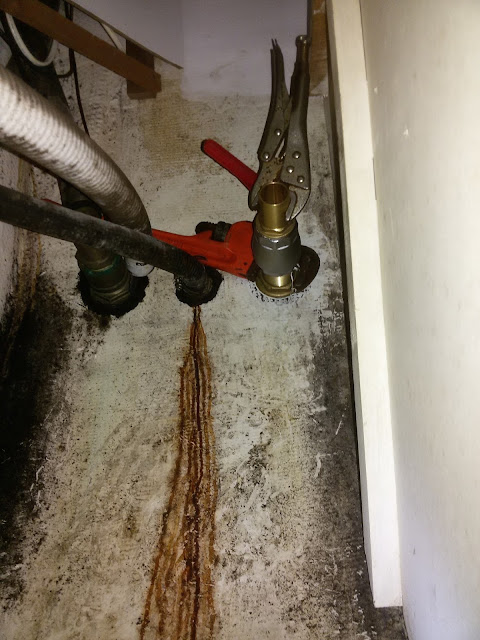 Installed a new thru-hull with a ball valve for the galley sink. It's barely above the water line so it could potentially flood the boat if, for example, the anchor dragged and the boat ended up lying on this side in the water. 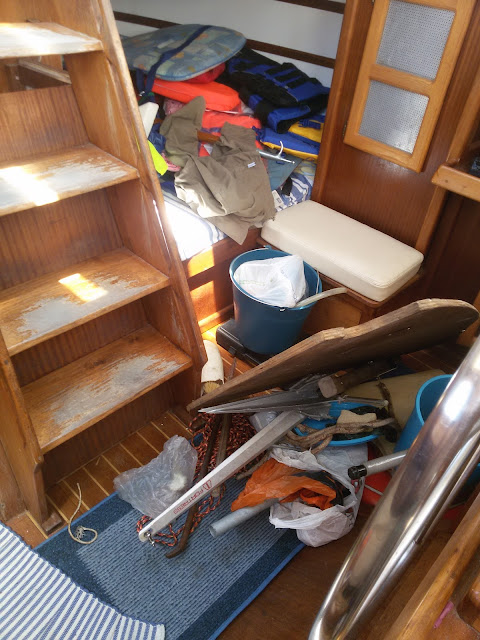 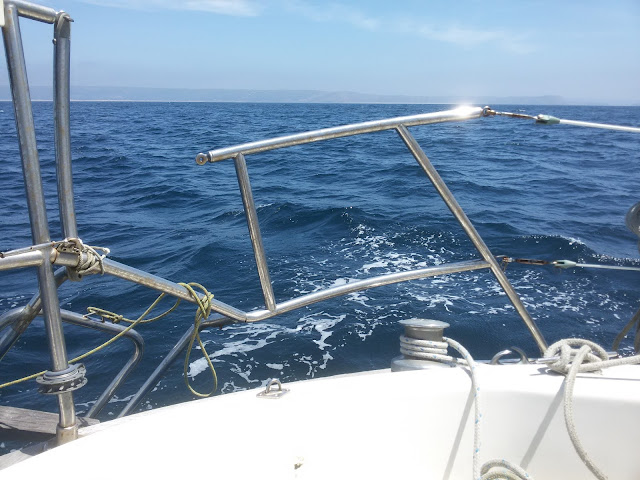 This was the first time in 16 years I had a docking accident. When leaving the travel lift pontoon at very low tide with little room to maneuver, the wind blowing in the wrong direction and, if you must know, in a big stupid rush, the boarding ladder caught on the pontoon cleat and this was the result.

Although I had a beautiful fast sail to Peniche, this misshaped mess in my face spoiled the ride.
Later I tied a line to the top pipe, ran it to a snatch block on the railing and back to the big winch and managed to straightened it to a semi-respectable condition. 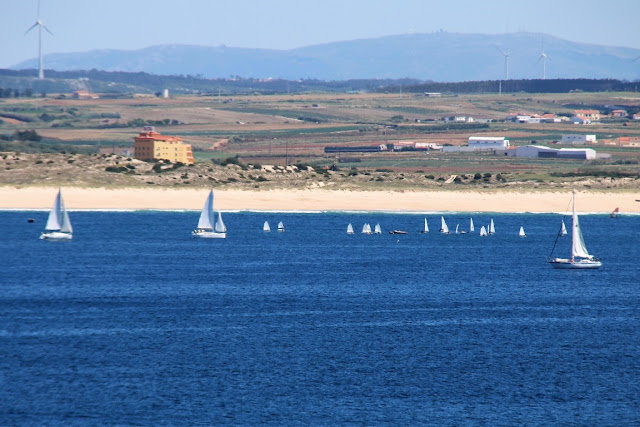 That's Jakatar on the far right raising sail for the annual regatta in Peniche. 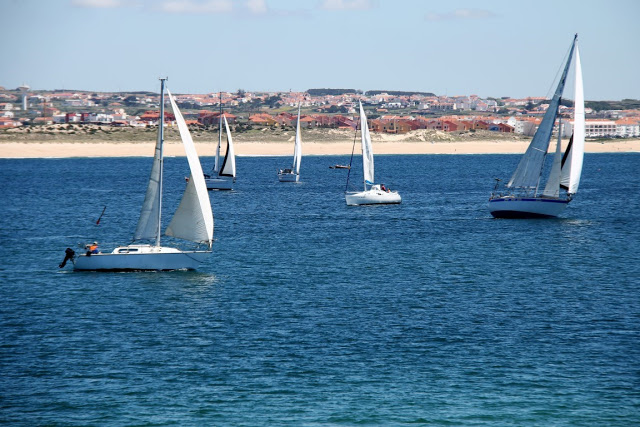 And here's Jakatar flying for the starting line with all 3 sails up. With a freshly painted bottom got a big lead on everybody and gybed around the first buoy, where the wind was blanketed by the cape. Everybody else tried to tack and went into irons.

Then I started yapping with my inexperienced crew of 2, went way off course, bungled the next buoy twice, got caught by a lobster pot which we dragged for quite a while, finally god rid of it, went way off course again, the wind died down and we finished 4th. Don't have the racing mentality, I guess.

See you in Culatra.