Downsizing to a Pocket Cruiser 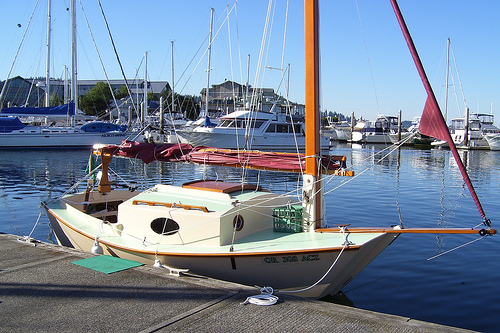 Sooner or later sailors, specially solo sailors, with a somewhat large sailboat will face some harsh realities:
a) the need to downsize to a smaller boat
b) life without a boat
b) death

I prefer option a). I Can't imagine not having a boat, and death is a problem I'd rather worry about after I die. In contrast, planning to downsize to a smaller boat is obscenely titillating.

Downsizing will give me the opportunity - and the illusion - to finally buy the perfect sailboat, in other words a boat perfectly suited to my needs.

Why do I need a pocket cruiser (ideally under 8 m)?
The process began when I fell in love with a Frances 26. 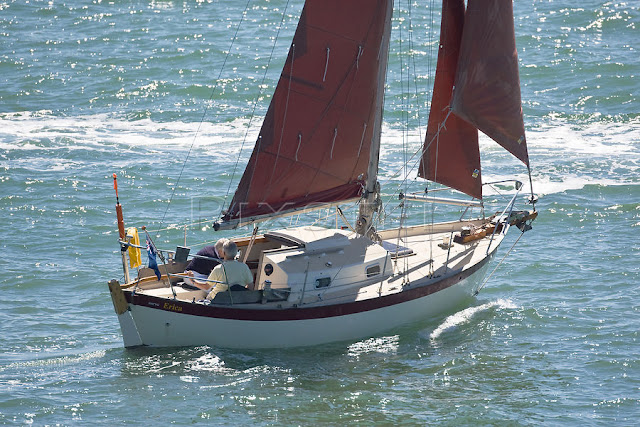 The "Frances 26" infatuation lasted for a while, until it hit me that they're too slow for my solo cruising in Portugal where I need to sail between a number of anchorages ranging from 45 to 60 miles apart. Small classic boats, besides being generally slower, are also more prone to high maintenance because of their construction materials and age.

With this in mind, I started focusing on a sailboat offering a balanced combination of speed, ease of use, affordability and low maintenance. Before I knew it, I was salivating over an  Etap 21i. 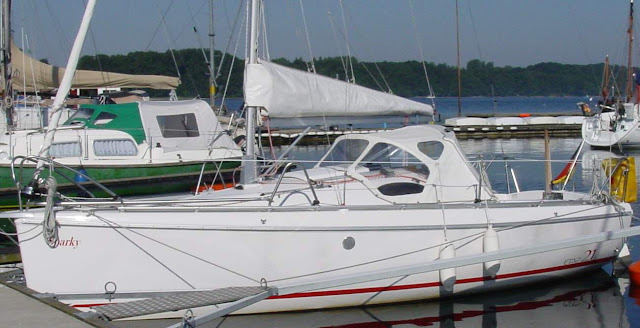 These boats are amazing. They're unsinkable and, astonishingly, can be sailed even after opening the bottom sea-cock and leaving it open. A family of 3 sailed an Etap 21i around the world and it only took 3 years, although they, like the boat, looked very compact in the photograph I saw.

But...and there's always a but...as you can see in the photograph, it has a maximum headroom of 1.4 m and about 1.2 m above the marine toilet. That didn't faze me at first, until I placed a 1.2 m mark on the wall above the toilet at home and tried using it while keeping my head below the mark. I'm 6 foot 2 and let's just say that in a rolling boat I'd most likely end up crawling around the floor with my pants around my knees. Next boat!

Next, browsing for something a bit larger I came upon the Jeanneau 2500, a well-built high-performance beauty. Headroom is 1.60 m and 1.65 in the toilet. So I went back to the bathroom at home and raised the mark on the wall to 1.65. Not bad at all. But like I said, I'm tall. 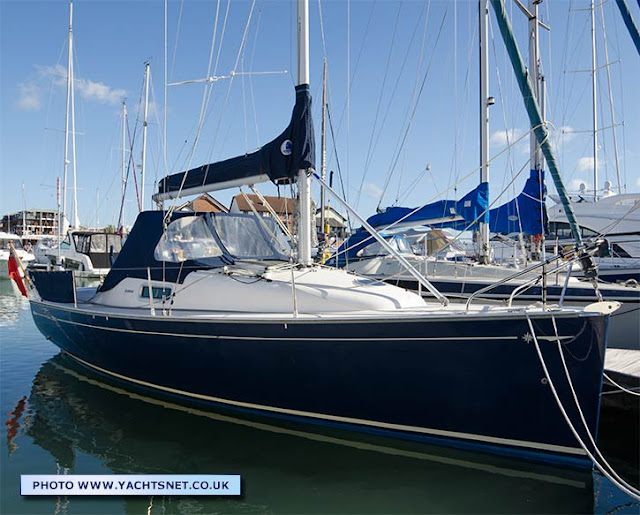 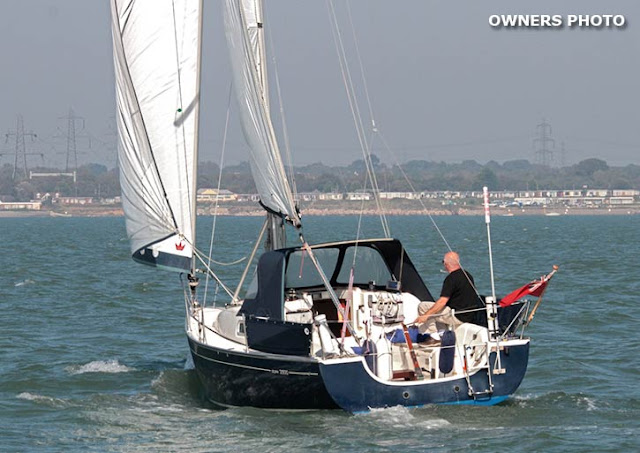 Production began in 2001 and the asking price for one with an inboard diesel is normally 25,000 euros or higher. That's still a hefty price for an 1.85-m-tall guy to pay for 1.6 m of maximum headroom. Next!

I then began looking at the Etap 26i, which appears to be a better deal with asking prices ranging from 27,000 (1995) to 35,000 (2003). It seems well worth the slightly higher cost for a much more spacious boat. At first I was discouraged because all the ones I could find are for sale in far-away ports. But, on second though, what could be better than starting out with a long leisurely cruise back to Peniche. To think of it, I bought Jakatar in Toronto, Canada, and sailed it here. 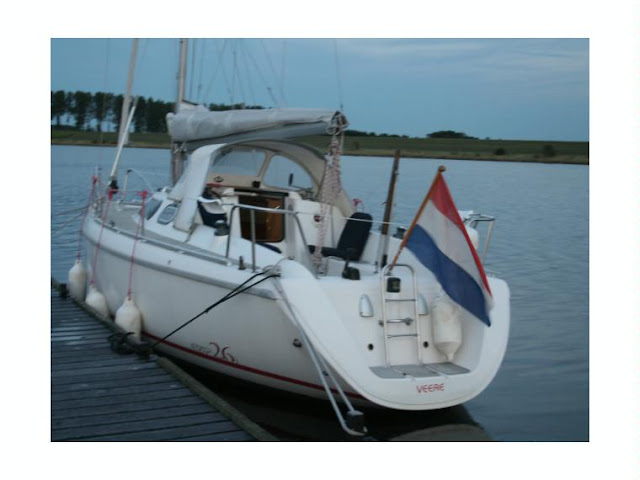 And then there is also the Jeanneau Sun Fast 26, a bit cheaper than the Etap 26i but a good boat nonetheless. Food for thought. 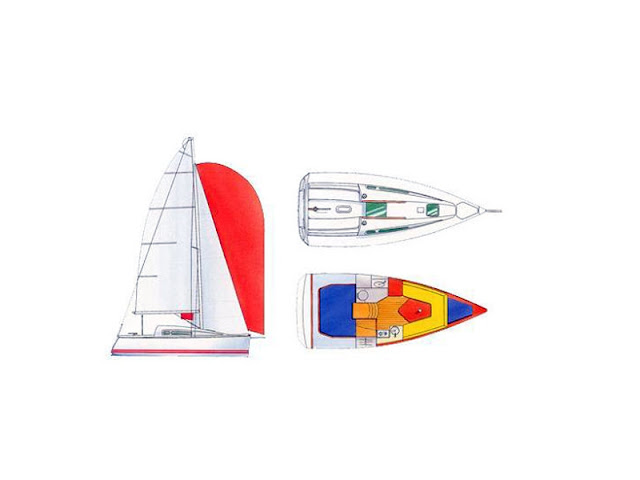 The bad news is that none of this will happen any time soon. It will be at least a couple of years before I'm ready to sell Jakatar and before Jakatar is ready to be sold. In the meantime, I have a plan.

A friend has suggested that I should downsize to a 32 footer and then, lastly, to a 26 footer when I get older (old). But I'm a solo coastal sailor. A 26-foot boat has a good bed, a marine toilet, enough storage room for me, why would I want more space just for the sake of space.

I also considered something like a 1970s Invicta 26 with encapsulated ballast in running order with an asking price of €6,000. But then I began asking questions and doing the math: is the standing rig OK, are the 40+ year mast and spreaders OK and will they still be OK in 15 years, are the chainplates pitted, is the deck mushy, is the engine going to last as long as me? One thing you know for sure, it's narrow, gloomy down below and needing all kinds of TLC. So I'd be back to maintenance/refit mode, albeit on a smaller scale but the cost and time still add up. Nope, once around, big or small, is enough. I want to go sailing, not fixing.