On a rainy Thursday afternoon, I was in the boat talking to the Dutch Sailor about boats - specifically about living aboard in winter and dealing with cold humid conditions.

I was bragging about Jakatar's dry warm interior when he interrupted me. "I believe you," he said, "but a drop of water just fell on my head." 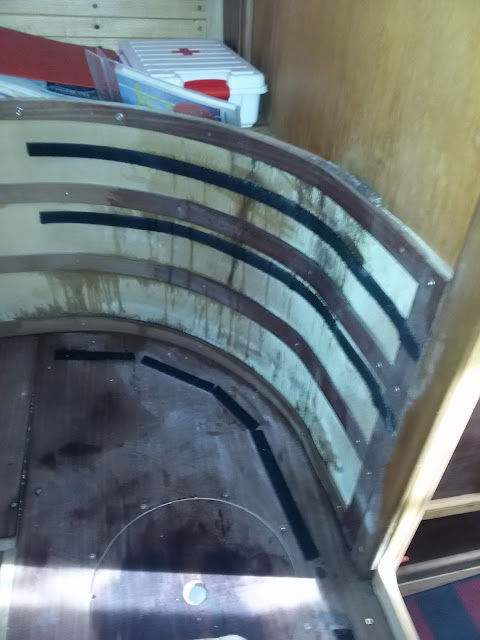 And, in fact, a constant drip was falling on the salon's cushions, coming from one of the small skylights that were originally meant for installing ventilation dorades. I hadn't noticed the leak because the white cushions are waterproof and the water was flowing behind and underneath them.

After removing the cushions, I placed an old bathrobe (that's right, a bathrobe) on the settee frame to soak up the drip and called it a day. If you're going to get all worked up about leaks on a sailboat you're gonna die prematurely!!

That night, at home, I woke up in a sweat from a dream about deck leaks and mushy deck coring. Although it was only a dream, it got my mind rattling about the never-ending list of boat maintenance tasks. Than got tiring pretty fast, so I began repeating my fail-proof chant "I'm sleepy, very, very sleepy" and fell asleep. It never fails!

In the morning I went out to the boat determined to fix the problem or, at least, make a temporary fix. So here is the quick fix artist's solution: 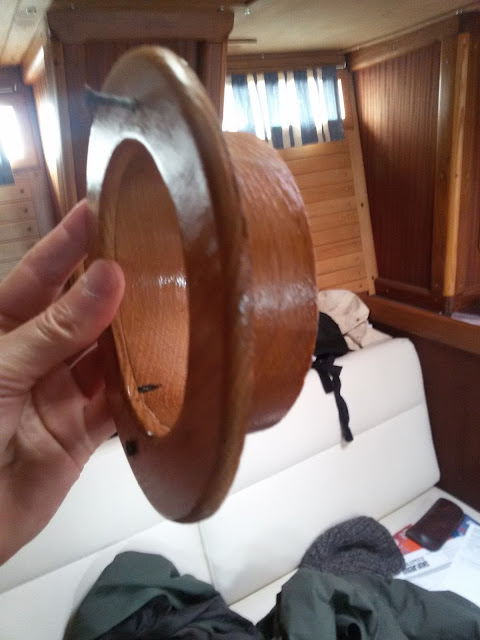 2. Dried the acrylic skylight area with a heat gun. Cleaned the surface with alcohol and repeated the heat gun drying. 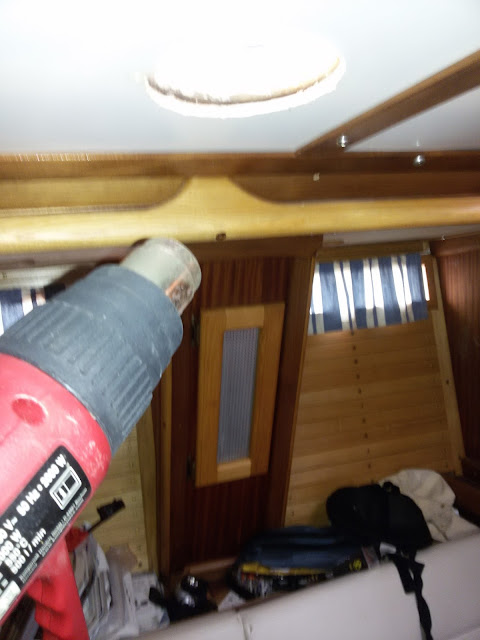 3. Searched for silicone. Found a large tube I had bought last summer for a tiny job (long story). Since no silicone would come out the tip, even after penetrating the outlet with a long screwdriver, I cut the tube in half near the bottom where it was still gooey. Then, with a surgical glove, I dabbed gobs of the stuff along the acrylic-fiberglass joint. I kept applying the goop with my index finger until it looked ridiculously sloppy. Repeated the task for three holes, the other three holes looked dry. 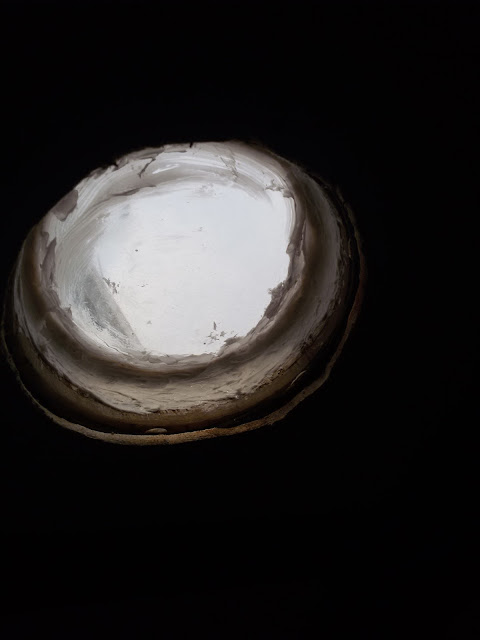 4. Then I made a cup of tea, ate a power bar, set up the boat dehumidifier and relaxed. 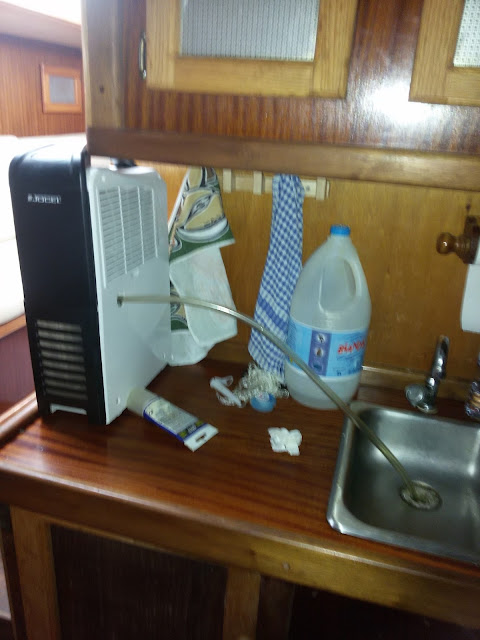 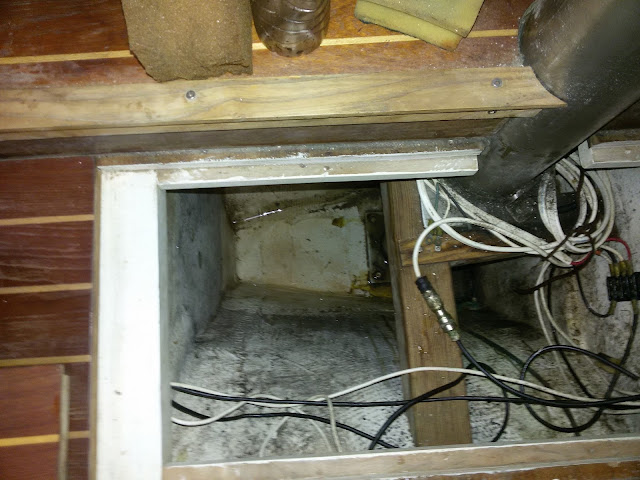 The plan now is to get some real marine silicone, clean up the mess and do a proper job on a long sunny day, probably in June...if I don't forget or if other plans don't get in the way. So many plans, so little time.

It felt very satisfying to get the job done, even if it's only a temporary fix. Action is the best remedy for non-action. How's that for a truism?