Choosing a Liveaboard Sailboat and Scratching the Wrong Itch

"Choose your life's mate carefully. From this one decision will come 90 percent of all your happiness or misery. ~ H. Jackson Brown, Jr.
[edited on October 28]

Part 1: You have some bucks and you want to live aboard (and hopefully cruise near or far)

I've wanted a sailboat since I was a teenager, and a boat like the Hans Christian 43 is what I lusted for. It has the capacity and looks to take you to exotic far-away places safely and in style. In fact, it's sad to see a Hans Christian floating idly at your local marina or mooring field begging to be sailed over the horizon. 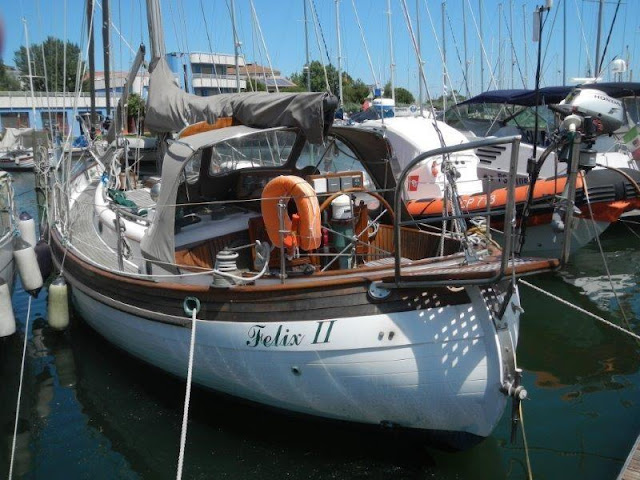 Then the French invented this!! 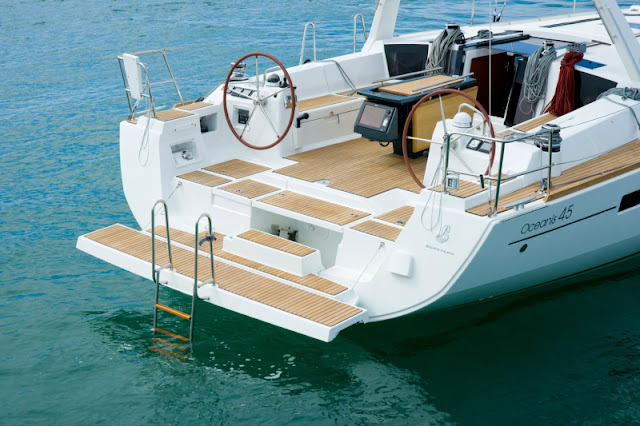 It looks more like a motorboat or a fancy swimming pool deck. It's more likely to induce daydreams of parties and cocktails than the romantic urge to sail to Tahiti.

"What's that? You don't want to sail to Tahiti, not even to Mexico. Really, are you sure?

But I do have friends with boats similar to the Oceanis 45 shown above; some bigger, some smaller, with either sugar-scoop or fold-out transoms.

I've been on their boats, both sailing and socializing, and I can tell you this: there's no comparison. Not only that, I've found that almost unfailingly they'll dinghy over to my boat or call to invite me to their boat and hardly ever come aboard mine. This includes Manuel on his Beneteau 26.

Could it be I have no fridge and thus no cold beer? No, because I also have good wine. I've concluded that they've become spoiled by the ease of simply stepping aboard into a spacious cockpit and aren't too enthusiastic about climbing a ladder into a gopher hole.

If you haven't experienced both setups, think about situations such as:

The interiors and deck are basically a matter of taste. I personally prefer the Hans Christian's interior, it makes me feel like I'm in a real boat and not in a swanky apartment. Being at home may be more convenient, but not as much fun. That's why you bought a boat.

I truly believe that a sailboat's cockpit can really make a huge difference when living aboard and for coastal cruising.

Part 2: You have some bucks and you want a blue-water cruising boat

Some people may argue that almost all boats are safe for blue-water cruising, it's the crew that counts. There may be some truth to that, but if I were to cross the Atlantic again I'd do it in my Corbin. Even in a storm I always felt safe in that little cockpit. Besides, we never invited anybody aboard, never had dinner parties, didn't go shopping and never used the boarding ladder, thank God. I genuinely think I'd feel scared sailing in the cockpit of the Oceanis 45 shown above being thrown around in 25-foot waves.

If you're crossing oceans, maybe it's not a bad idea to trade off a luxurious setup for a smaller, safer cockpit.

Before you rush out to buy a sailboat, maybe you should read How to Buy a Sailboat - Do the Math.

Sorry, gotta go. I can see a bunch of angry sailors running toward me wielding boat hooks.