How to Buy a Sailboat - Do the Math 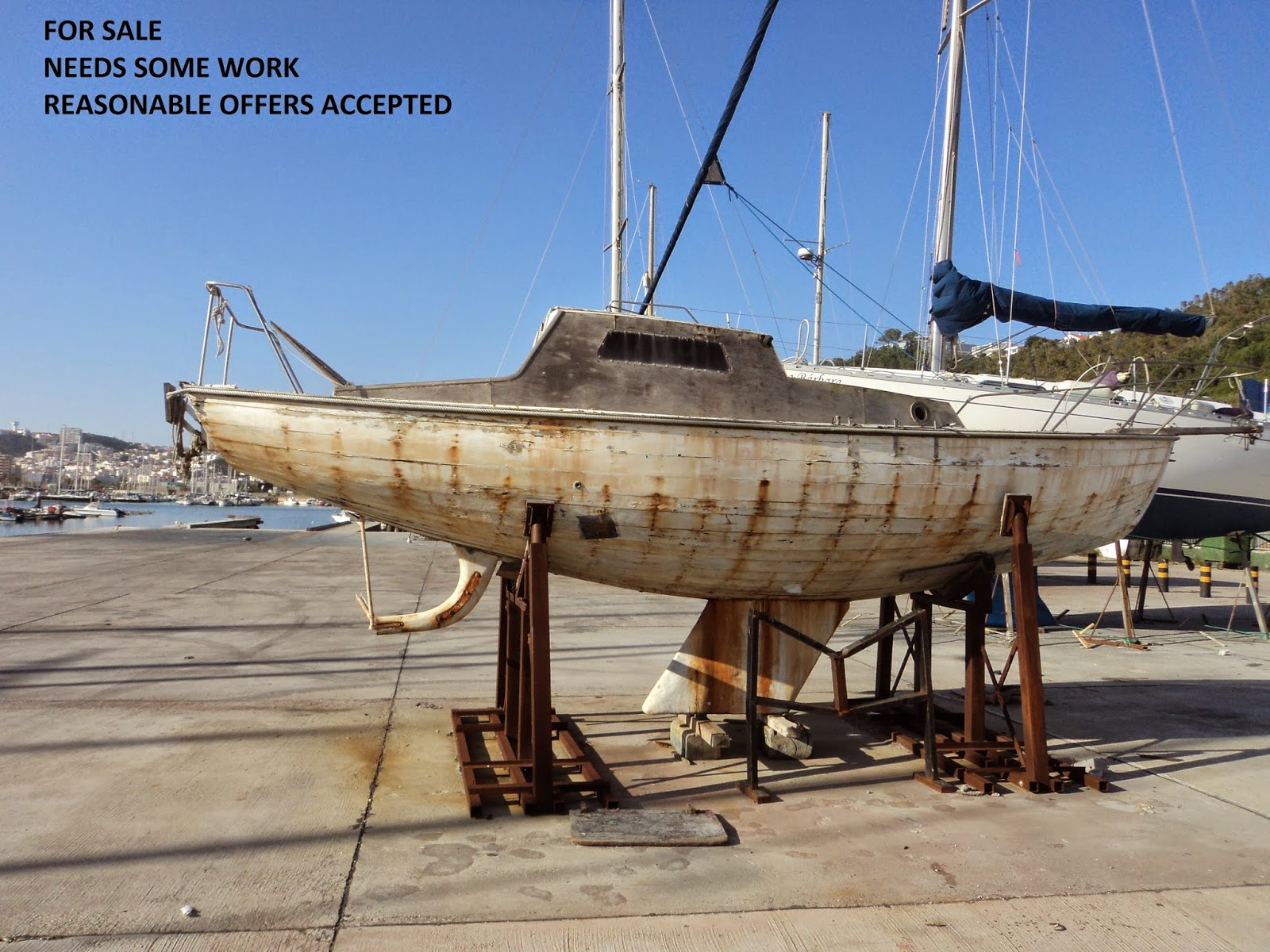 If you're planning to buy your first sailboat or even a different type of boat, don't ask how much it will cost. Instead, ask how much it's going to cost you.

Although you can easily answer the first question by checking price tags, you'll probably have no idea how much it's going to cost you until it's too late.


Scenario 1
A friend of mine bought a 39-foot sailboat in the year 2000. It was an unfinished, overbuilt go-anywhere cruiser. In 2002, after having blown his budget, it was ready for the Atlantic crossing but still unfinished, quite rudimentary and naked: no roller furling, no self-tailing winches, no fridge, no radar, no dodger...well, not much of anything. The price tag, however, had reached €100,000.

During the 13 years since the Atlantic crossing, he has spent €66,000 euros on boat operating costs and a few minor upgrades, but the boat is still naked and now even a bit scuffed.

So, he wasted spent €116,000 in 13 years, which is equivalent to €9,000 per year, not including his labor. Ouch! I didn't know he was so rich, you'd never guess it by the car he drives, the clothes he wears or the restaurants he eats at...to think of it, he rarely goes to restaurants. What a cheapo!

Scenario 2
I have another friend who, coincidentally, 13 years ago purchased a roomy second-hand 26-foot well equipped production boat in great shape for €35,000. He spends about €2,000 per year to run it and does very little work other than keeping it shiny and clean.

That's a staggering difference between the two scenarios. Additionally, we could also say that owner 2, besides spending 70% less money, also enjoyed his boat twice as much. Therefore 3 x 2 = 6 times better investment.

Also remember that these two owners keep their boats at the same marina and use them for nearly identical purposes: 1 month of coastal cruising to the Algarve in summer and day sailing in between. In reality, owner 1 did very little day sailing because he was too busy doing boat work and also because of the hassle of spontaneously taking out a bigger boat for an afternoon sail.

Admittedly, owner 1 crossed the Atlantic, whereas owner 2 would never dare do so in his smaller production boat.

Please, keep in mind that these are facts, based on people I know very well, and not mere theory. I'm aware that every boat is unique and every owner is also unique, which can greatly alter the equation. But I know a lot of boat owners, and I could make many other comparisons with similar results.

Also note that these observations apply to local sailing and occasional coastal cruising, not to bluewater cruising or living aboard full-time. That's a completely different gig.

With this in mind, I have come to a few conclusions about boat ownership based on real life experiences - mine and of people I know well.

Never build a sailboat unless it's small or you don't like sailing anyway.
The resale value of your work of art will be a tiny fraction of what you spent - if you actually finish it. I've seen enough boat-building tragedies to make me want to cry and one, in particular, that would make the very devil cringe.

Never borrow money to buy a sailboat
Owning a sailboat is a horrible financial investment. Borrowing money to pay for a boat is like borrowing 100-dollar bills to light cigars with.

A 10-year-old boat may have a neglected or abused engine, it may have been run aground on a rock or had holes drilled into the deck without being properly sealed. Other than that, what you see is pretty much what you get.

Used sailboats can be classified roughly into 4 categories, mostly depending on their age, but not necessarily so:
1) All systems operational
2) Requiring some upgrades
3) In need of many upgrades
4) Derelicts

All systems operational
In the first 10 years sailboats depreciate at about 5% per year. A 10-year-old boat will give you the biggest bang for your buck. And you don't need to be a genius to do your own survey. If it "looks good" and the engine doesn't cough up black or blue smoke or overheat, you're in business. I believe that surveys are more important for older or larger boats. Nevertheless, if this is your first boat, hiring a surveyor may be a good idea.

You can get real boat bargains here, especially in well maintained boats reaching the 30-year mark. Within this time frame sailboats will most likely require upgrades, especially new sails, dodger and sail cover canvas, electronics, etc. Some have been partially or fully upgraded, some have all the original equipment. You have to do your math. Make a list of what it needs, calculate the extra cost and labor and then compare the final price to a similar boat in better condition.

It may have a questionable engine, a scuffed interior, a suspicious rudder, beer-belly sails, toothy anchor chain attached to an ancient plow anchor, the dreaded mushy deck core, a toilet that squirts back at you. It may also be in pristine condition, for a price of course. These boats may be cheap but not dirt cheap. Do the math.

In need of many upgrades

If you buy a sailboat that's falling apart, remember this: an old sailboat hull is not worth very much. For example, if you buy an old hull but you need to repair/upgrade most of the basic equipment and start tearing out and rebuilding some/all of the interior, the final cost will be higher than buying a similar-size boat that's ten years old.

"But I'll have a new engine, new sails, new winches, ...." you may argue, "It'll be like a new boat!" To which I reply, "a 10-year-old boat is almost new and you can start sailing the next day instead of spending all your free time researching and working for the next 4 years, with the added risk of not doing it properly, of ending up with an old-amateur-rebuild-looking boat.

Derelicts
Derelict boats have many uses: if made of wood, it's great for firewood; if made of steel, you can sink it and create a fish haven; if made of fiberglass, you can paint it and place it in your backyard and make a playhouse for the kids or an interesting place to hang out and write blogs. The possibilities are endless.

What sailboat would I buy now, if I din't already have one?
Because I'm living in Europe, and because of the damn EC boat import rules, I'd have to buy an EC approved European boat. Simply put, I'd go for a 30-foot €40,000 production boat. Low maintenance, easy to handle as I get older, lots of life left in it, enough room for me and the occasional crew member/members, decent turn of speed and, most important, low operating costs.

I also did the math for another interesting scenario:
Let's imagine I traded my boat, Jakatar, for the aforementioned 30-foot €40,000 sailboat. What!!! Are you crazy? You wanna give your boat away?

Let's do the math:

That's a difference of roughly €30,000 euros. If you look at it from another perspective, this means that, in reality, by saving €30,000 I would be receiving the equivalent of €70,000 for Jakatar. It also means that I could retire 2 years earlier, have more fun, less work and, perhaps most importantly, have a boat I can handle single-handed when I get older. Scary thought, I tell you.

Email ThisBlogThis!Share to TwitterShare to FacebookShare to Pinterest
Labels: boat bargains, boat depreciation, boat operating costs, cruising in the Algarve, how to buy a sailboat, Jakatar, new vs. used boats