Boat expenses are falling! The time has come, once again, to review my yearly boat expenses. 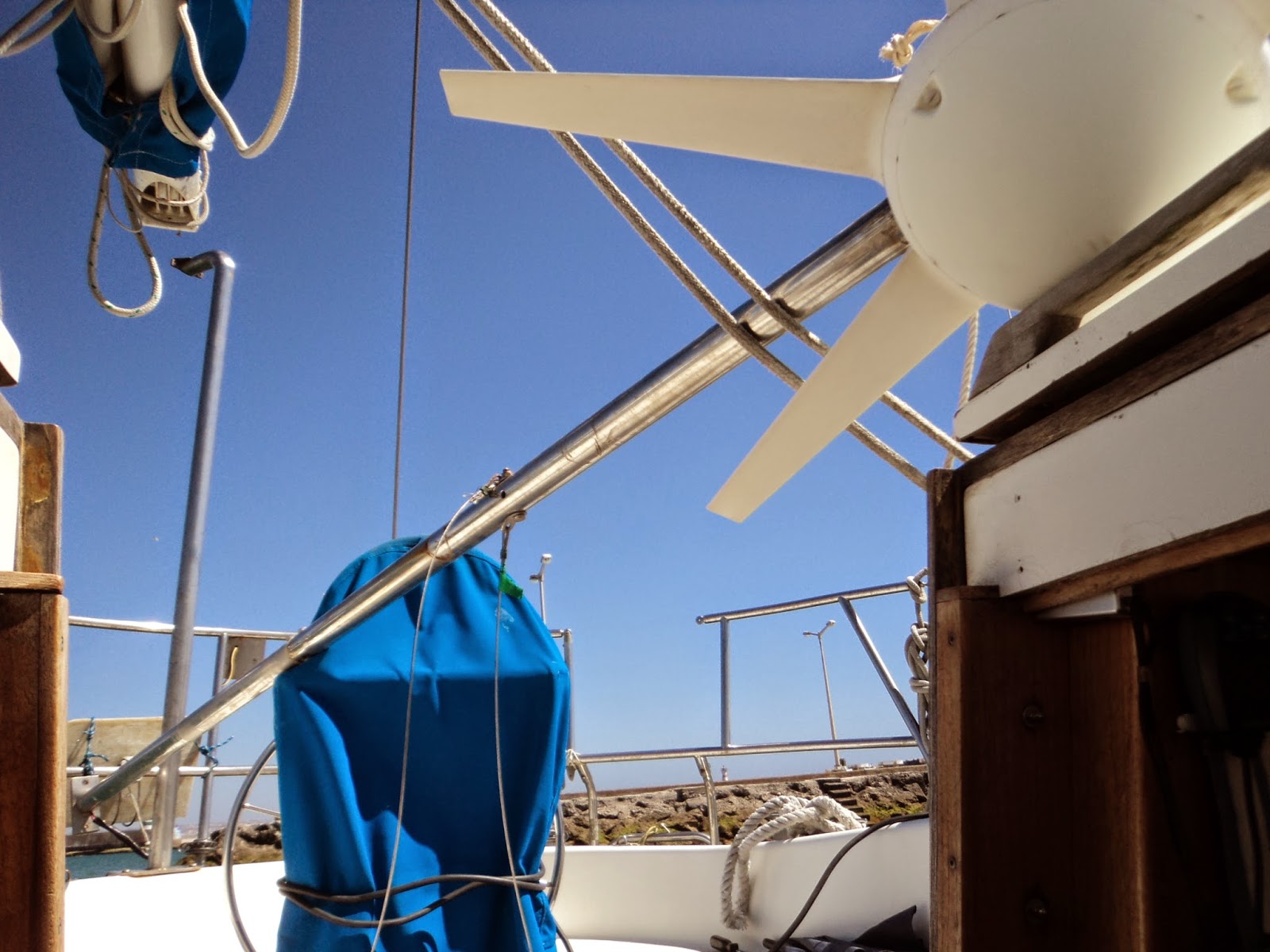 How did I cut costs?
- by being assigned my own marina berth, which is much cheaper than subletting a spot;
- by reducing the insured boat value, from € 100,000 to €55,000, for a savings of about €400. If the boat sinks, I can get a damn nice used 32-foot boat for €40,000;
- by upgrading only what is really necessary and doing it cheap;
- by not staying at marinas when I'm cruising;
- by using cheaper antifouling paint, for a savings of about €300 per haulout;
- by not giving a fuck about trivialities, such as scraping the flaking paint on the mast instead of painting it.

* Spare anchors are almost useless if not attached to a least some chain.

No haulout this year.

I lost the anchor and chain at Sesimbra, so that will put me back about €900 in 2015 for a replacement. My new escape-from-life routine these days implies leaving the boat anchored and unattended in the Algarve for brief periods. Obviously, I need a good anchor and all chain rode - I like to sleep well. On the other hand, I've been told that the insurance doesn't cover losses when a boat is left anchored with nobody aboard. So I do lose a bit of sleep after all.

To counterbalance the cost of buying a new anchor and chain, I'll skip the haulout this year, again, unless the hull is really ugly down there. I'll have to dive soon to check it out. If it doesn't look like Fidel Castro's beard, I'll scrape the worst and adjust to slower sailing/motoring speeds. I'm in no hurry.

Having a clean prop is what really matters. When motoring, a badly fouled propeller will vibrate your transmission to an early death, make the boat go really slow, heat up the overburdened engine that, additionally, will burn twice as much diesel (at about €1.15 per liter).

It's no fun being on a tight budget, but it would be absolutely boring if I had millions to spend.