Our marina ferry has been upgraded to an improvised trimaran. 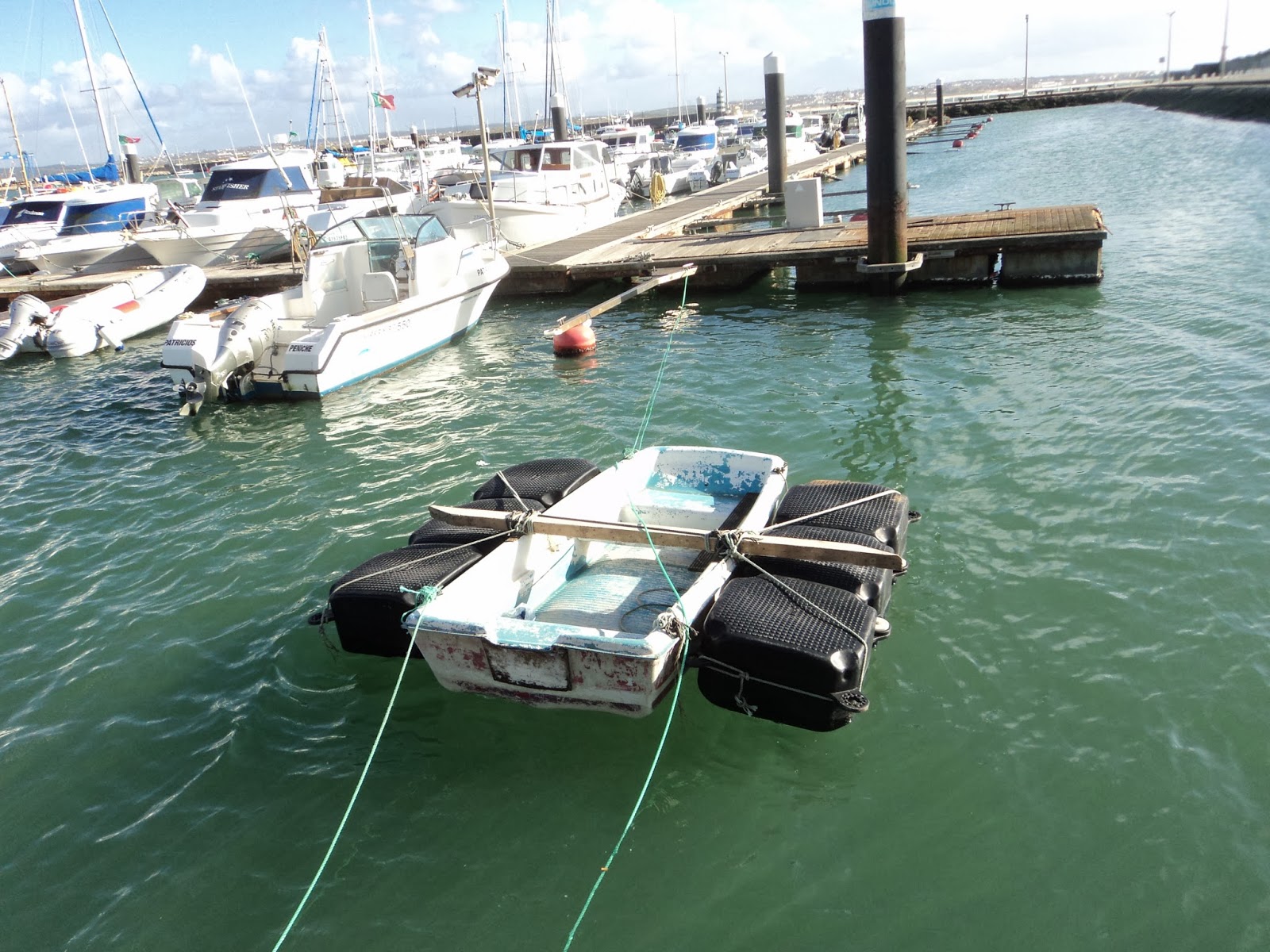 Despite the horrible weather lately, the Swedish sailboat in the photograph below arrived in Peniche some time during the week. I'd say it's barely 20 feet long.

Later, while adjusting the fenders on Jakatar, I saw the young long-haired, bearded skipper standing in the cockpit. He was talking to the young French skipper who owns the smallish boat with the red stripe on the other side of the pontoon. Curiously, the smallish French boat now looks luxuriously large compared with the tiny Swedish one. 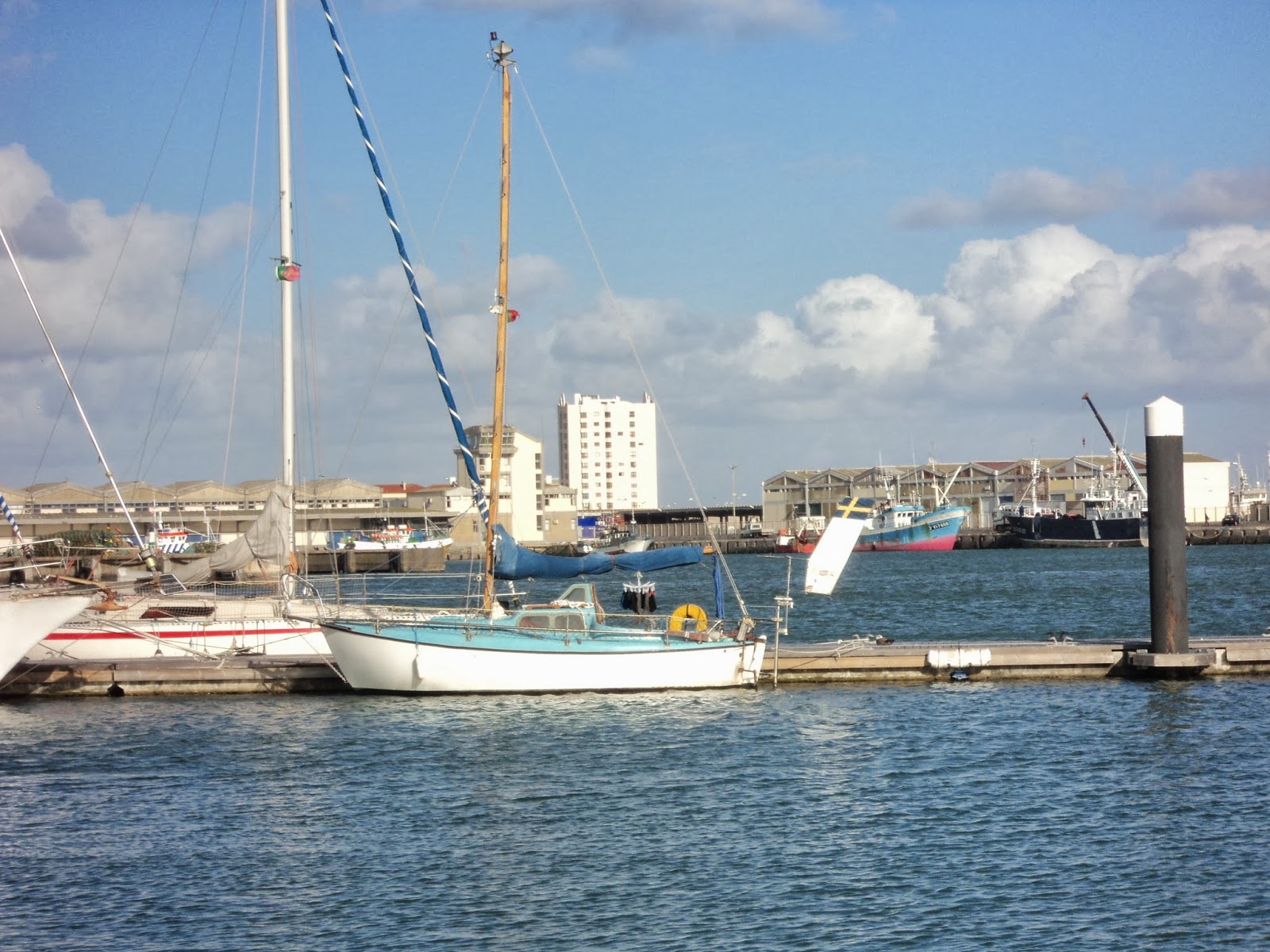 Funny thing is that I envy the skipper of this magnificent little yacht. Why? Because he's living it on a shoestring budget, because he took the saying "go small, go now" to heart. Think about it. When you were young (or if you are still young - as opposed to being merely youthful) would you rather backpack around Europe or stay at 5-star hotels?


After reading a discussion about a brand new 42-foot abandoned catamaran due to a rudder failure 300 miles from land, I can't help thinking that you could probably steer this baby with a frying pan lashed to a boat hook.


You could scrape the bottom in four dives, wash the deck with one bucket of water, hoist sails without winches and, best of all, have bloggers write about you. Nothing but advantages all the way to the tropics.

Back to reality, either I'm imagining things or the pontoon leading to Jakatar is looking worse. 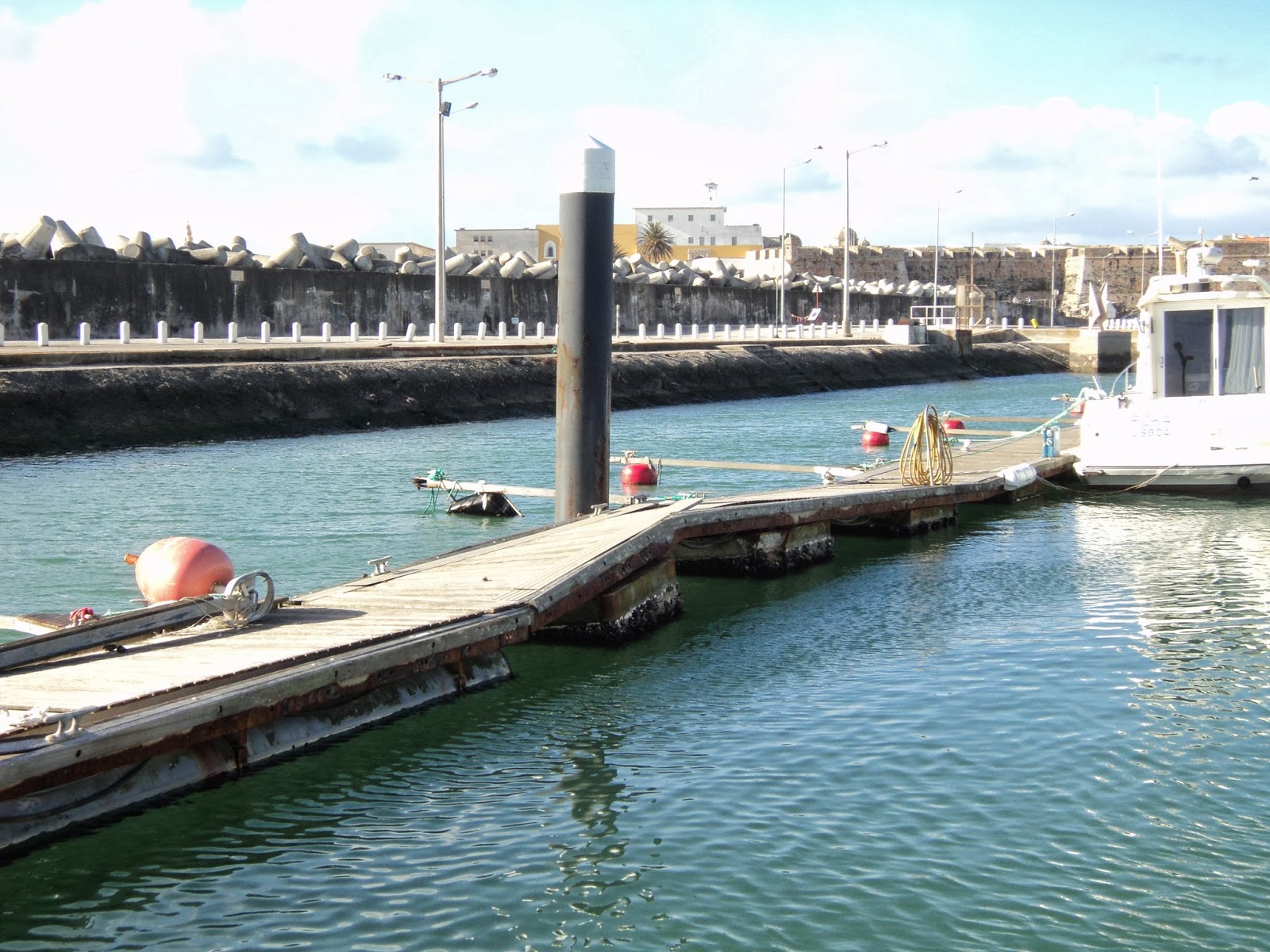